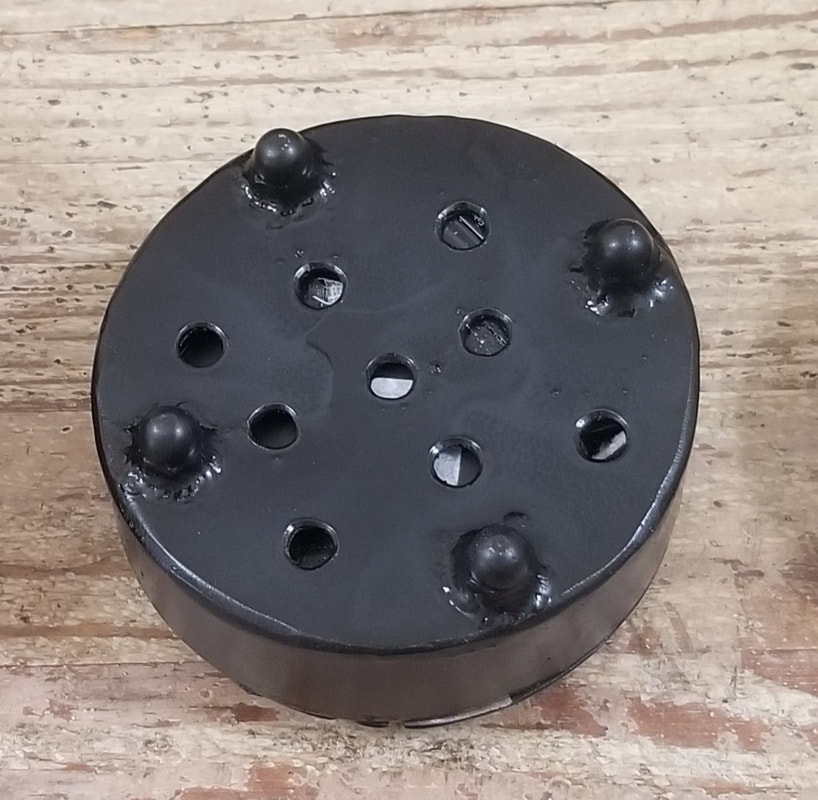 This new puck is the closest we have come to the size of the regulation size (3" by 1") of the sighted-play, ice hockey puck

Our players are amazed at how Babs practically has the same touch and feel as a regulation puck, except a little heavier, which is great, extremely playable!

Check out the new, illustrated, "how to make your own  Babs" in the How to Make a Blind Hockey Puck section.
moved from What is Blind Hockey section, August 15, 2019:

Creativity
Blind Hockey is perhaps the most creative sport ever devised. In any sport the player must figure out ways to make plays in spite of the opponent trying to prevent them from doing so. In any sport, the player makes decisions about "where to go and what to do" in the game. The player uses knowledge about the object of play, teammates, opponents, time in the game, position of the field of play, and so on... The player's mind receives and processes hundreds of bits of information every second, much of which changes the next second, and so on... In most sports, the player receives most of this information through the sense of vision. The blind player must create plays without any information coming from vision, using only hearing and touch to garner the information necessary to make the play successfully. Hockey is the single dynamic team sport where all the usual functions of sport must be performed on skates. So the Blind Hockey player must create his plays like every other sports' players, plus being on skates, plus being blind! The very nature of the game, therefore, demands the highest degree of intelligent creativity from its players, more so than any other sport.

Deciding to Play​
The Blind Hockey player happens onto the sport accidentally. An acquaintance mentions the game to him or her. A government agency administrator suggests the possibility. A relative or friend plays sighted hockey, which prompts the blind player to ask about his or her opportunity to play. When initially presented with the opportunity to play, blind persons most often do NOT jump at the chance. It is unlikely for a blind person to react, "Hey, here is a sport that is just like the sighted version, from recreation up to professional levels of play, but is made just for me! Every player is just like myself! Everybody is equal, we are all playing together, let's go!"

Most players must be coaxed, conned, or cajoled into playing. Their reticence is understandable. They may have had a poor experience with skating early in life. They might have played some adaptive version of floor hockey with sighted players in PE class that didn't go very well. These persons have never had the chance to appreciate their ability playing sports. They have never been told they are any good at any athletic endeavor. These players must be convinced to simply give it a try, before making up their mind. Some never become convinced. Some take more convincing than others. Some eventually allow themselves to be convinced.

Playing a sport is a creative process. The player learns to analyse the "problems of play" to create solutions. This is psychological work; it takes a fair amount of effort. Most people will participate in an athletic endeavor long enough to overcome the obstacles of play to achieve success at the game. Many times, a blind person has never had this opportunity. The blind person does not believe there is any reward or success for their effort of participation, so why bother? Many blind persons pretty much have their life' routine in a set fashion. To learn to play a sport, they must now upset this orderly routine and add some unknown quantity into the mix. This is psychologically upsetting to many people, not only blind persons. It takes courage to try new things, especially when, at the outset, there doesn't appear to be much chance for success. These are some of the considerations that might deter a blind person from trying to learn to play hockey. 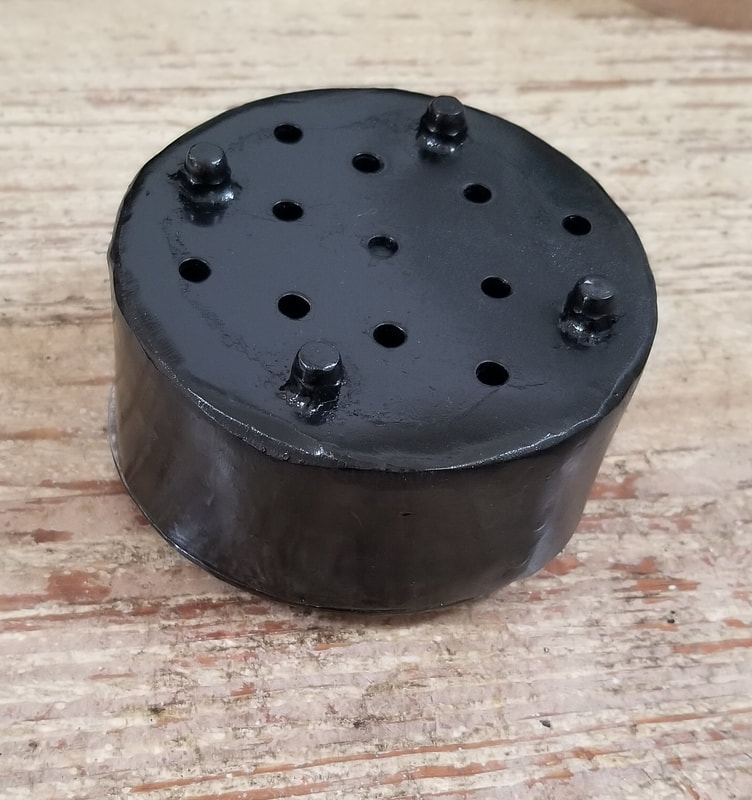 Our metal puck has had a few part change outs, smaller bolts and such, and we now use the siren sounding device, which is much lighter than the previous automotive back up alarm. This has dramatically lessened the puck's playing weight! Hobbs used to weigh a hefty 24 ounces, he now weighs only 17 ounces! This compares to the 14 ounces of the metal, "ball bearing puck" that USA Hockey authorizes for visually impaired play. We note that our ABS casing puck weighs 12 ounces, and that the additional 5 ounces of the metal casing does indeed make for easier puck handling in game play.

​
Monday, June 24, 2019, the International Olympic Committee (IOC) has announced the site of the 2026 Olympics. This is the Olympics that the Paralympic community is pointing toward to first include Visually Impaired hockey and, we hope, Blind hockey.  The 2026 Olympic and Paralympic Games will be hosted by Milano, Italy. The Paralympic Games will be held March 6 to March 15, 2026. ​
Special Mooses' News Flash!
June 17, 2019     Mickayla is absent from Mooses' activities this week, she is in L.A. at the National Braille Challenge competition at the University of Southern California. This competition has been hosted by The Braille Institute in California since the year 2000.  Mickayla scored well enough in the Regional Braille Challenge event in Alamogordo in February to qualify as one of the top ten scores in 51 Regional competitions throughout of North America! At the Nationals, competitors make lifelong friendships with kids from all over the U.S. and Canada. They compete in efficiency reading, comprehension, and production events. All our Mooses are rooting for her to do her best. Frankly, top ten in the country (and Canada) is already pretty great! Go, Mickayla!
We are proud to introduce our first Sponsor,
Dominguez Sheet Metal Works
Dominguez has manufactured all four of our metal casing, sounding hockey pucks. Dominguez does all HVAC work for commercial and household service, and fabricated the wheelchair doors in the small rink at Nations-Tobin.
​Dominguez Sheet Metal Works' number is 915-542-1875. ​